Norway. A dream on a tandem. By Markus Stitz

Norway. A dream on a tandem.

Cycling on a tandem through the Arctic - if someone would have told me that this would be my holiday at the start of the year, I would have asked that very person to poke me several times and wake me from my dream. When Kirsty poked me at three in the morning to send me outside to look at the magnificent Svartisen Glacier in early August, I knew that this trip will stick forever in my memories. And it has.

It’s fair to say that cycling is a big part of my life nowadays. After numerous cycling tours in New Zealand and Scotland I cycled around the world on a singlespeed bike and founded Bikepacking Scotland afterwards. Through Bikepacking Scotland I now develop off-road routes in Scotland, making use of the great access rights, and have produced a number of short films that have put Scotland on the spot for bikepacking adventures.

I am a sponsored rider and own a few bikes, so when it comes to holidays I normally carefully pick and choose the bike I want to ride and take it with me. What comes with this are hours of packing the bike properly in a box, making sure everything is padded properly. And then there is the odyssey of getting me and the box to the airport and back on the other side. Once there, the next task is to find a safe storage for the box, or arranging picking up another box from where I fly out from in a few weeks. While this can be a pretty good social experience at times, I met many nice people in bike shops around the world, it always means a few hours less to enjoy riding the bike.

To make things more interesting, this time I would have had to fly two bikes with me to allow me and Kirsty to cycle in Norway. Kirsty was sailing in Svalbard and then back to Tromso, and with no will in the world there would have been space for a bike on the boat. While we both love cycling I had already settled on the idea of spending most of the holiday hiking and on trains and buses. You might imagine how happy I was when she called me after her arrival and had spotted a tandem to hire from Tromso Outdoors.

As we were both not sure what exactly we wanted to do with our 3.5 weeks of holiday in Norway, hiring a tandem was great to start to our holiday. We had chatted about riding a tandem back home in Scotland, but both never got around it before we left. After Kirsty talked to the friendly staff at Tromso Outdoor, who suggested cycling to Lofoten via Senja and Vesteralen, we booked everything online and our first week was planned.  The great advantage of cycle touring is the flexibility it provides. You can stop whenever you want to stop, there are no schedules to stick to, and it also allows to cover much more ground than walking.

We hired a Lapierre road tandem, which was well suited for longer cycling expeditions. To carry our belongings we hired Ortlieb panniers at a small extra cost, two back roller bags for the rear and two front roller bags for the front. We used Voile Straps I brought with me to strap our two men tent underneath the handle bars on the rear, and my eTrex 20x GPS with Open Street maps helped us navigating. And as we planned a fair bit of walking too, we took two Lowe Alpine rucksacks and walking poles and strapped them with bungee cords to the rear rack. In an additional dry bag we carried maps and guide books, and fitted two water bottles on the frame. Finding fresh water isn’t a problem in Norway, so whenever we ran out of water there was normally a nice river or stream to top up, so two 0.7l bottles were all we carried.

Each of us had one back roller for our personal stuff, including mattress, sleeping bag and clothes. The two front rollers provided enough space for cooking gear, all our electronics, first aid kit and enough storage for food. With most shops being closed on Sundays, we carried at least two days worth of food with us. Eggs, potatoes, pasta and pesto became our stable diet. Vegetarian and gluten free food is at times difficult to find in Norway, so cooking ourselves was the best option.

The bike was well equipped for a hire bike. It ran on Schwalbe Marathon tires, which I have chosen for my round the world trip as well. On almost 900 km we didn’t have a single puncture. The 3 x 9 gearing gave us a great range, and while going up the steep hills was sometimes slow, we never ran out of options. The hydraulic disc brakes were powerful enough to bring us to a stop when needed. While I wasn’t sure why we would need lights when the sun never really sets during the Arctic summer, I understood why when we came to our first tunnel. It is almost impossible to avoid riding through tunnels in Norway, so a good front and rear light were necessary. The lights were powered by a SP dynamo hub, which I used on my round the world trip as well. Thankfully we only needed the multi tool for adjusting the saddle height, the pump that came with the bike was never put to use. Overall the bike was well kitted out and not much different from the bikes I would normally use for multi-day expeditions.

We collected the panniers on the afternoon before our departure to give us enough time to pack everything and make the 10am check out at our apartment. Once we picked up the bike on the following morning, we both had to rapidly learn how to cycle on a tandem. Team work was the key to success, and while the co-ordination took a few attempts to get it right, we both felt comfortable on the tandem after the first day of cycling. When one of us had a slow day, the other could put some extra effort in. In fact we loved it so much that we extended our hire period from 7 to 9 days first, and then kept the bike for another two weeks and spent pretty much all our holiday on the tandem. The Tromso Outdoors Team was always friendly, accommodating our extra requests without any problems.

The bike allowed us to cycle to places we liked off the beaten track. Due to the great access rights in Norway wild camping was easy, and when we decided to hike up a mountain we locked the bike somewhere well off the road and took our backpacks on an adventure.

In the 3.5 weeks on the bike we cycled from Tromso to Senja, one of our highlights of the trip. From there we continued over Vesteralen to Lofoten, where we had initially planned to part with the tandem in Svolvaer. But as extending the hire was no problem, we continued to A, and then on the Kystriksveien from Bodo to Nesna, where we returned the bike via the Hurtigruten ferry and continued to Oslo via train. If you want a more detailed account of our route, please read the Yellow Jersey blog for more.

So would I hire a bike from Tromso Outdoor again? The simple answer is yes, especially if I am only in the country for a number of weeks. The option to return the bike easily through the Hurtigruten network made our journey from Tromso across the Arctic Circle as easy as it can be, all we needed to do is to pedal and explore the country, and we loved it.

Based in Edinburgh, Scotland, Markus Stitz is an adventurer, filmmaker and photographer who cycled around the world in 2015/16 on a singlespeed bike. After returning from the trip he founded Bikepacking Scotland and has developed seven bikepacking routes ranging from 63 to 1200 km in Scotland. He also works as marketing and tourism consultant and has produced three short films, The Reiver Raid, Wild About Argyll and Go East Lothian.

Kirsty Maguire is runs an award winning and innovative architecture practice in Dundee, Scotland, specialising in eco design and low energy Passivhaus buildings. Kirsty has 19 years of experience working in eco architecture around the world and her clients range from private individuals to large scale organisations such as The United Nations Development Programme. She is a keen sailor, ultra-runner and mountaineer is currently taking a sabbatical, sailing in Norway and South Georgia and travelling in South America. 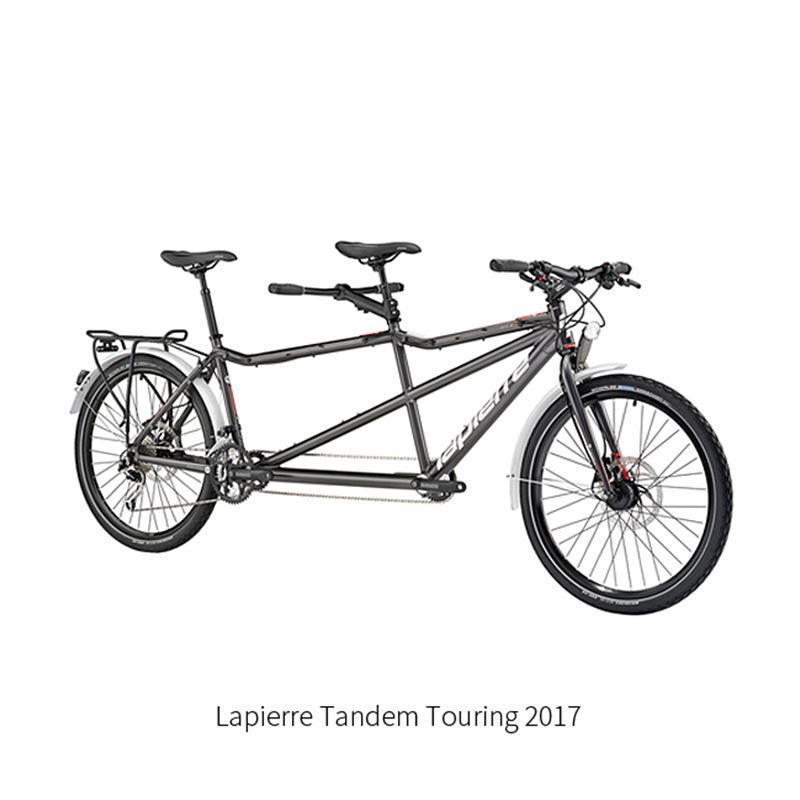